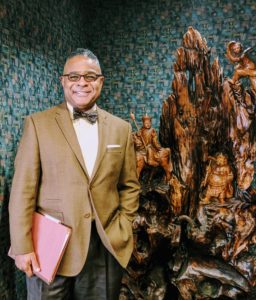 Attorney Ricky Anderson, is a 1979 graduate of Benton Harbor High School, attended Prairie View A & M University, receiving a Bachelor of Business Administration in 1983, and his Juris Doctor Degree, from Texas Southern University’s Thurgood Marshall School of Law in 1992, and was admitted to the State Bar of Texas, in 1992.